Trump is wrong about one thing – we don’t need a wall so much as we need e-Verify, at least one citizen parent to all newborn citizens, and legal status verification for entitlement programs! 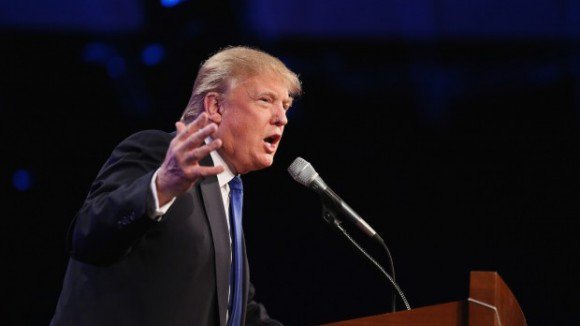 Republican presidential candidate Donald Trump unloaded on his critics after hearing news about a woman gunned down by an illegal alien deported five times, and he was spot on.

Mad World News had previously reported that Kathryn Steinle, 32, was mercilessly gunned down by Francisco Sanchez at a popular scenic area in San Francisco as she walked with her father. Come to find out, Sanchez has a long rap sheet, including seven felony arrests, and had been deported five times, meaning the young woman’s murder was completely avoidable.

As I’m sure you’ve heard, Trump has recently faced a hailstorm of criticism over remarks he made about this very topic – lamenting that many illegals are rapists and murderers. Well, suffice it to say, this incident did not go over too well with the real estate mogul, and he absolutely unloaded on…

For all original content: Copyright 2004-2021 Vernon Pope – all rights reserved. Permission is granted to post a link to my original content. No excerpts or qu0tes may be used without posting the URL to my original post.  No comments will be approved if the user name or URL are advertising any product.